Design for Manufacturing: Concept Through Commercialization

Design for Manufacturability is just a way of doing business when you have over 85 engineers on staff. 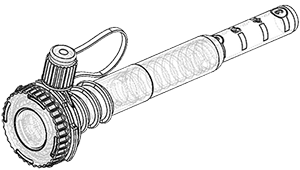 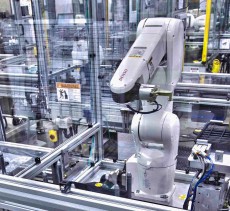 blade assembly used in their surgical devices. The existing surgical device design required a small razor blade to be welded to a longer part so that the assembly would act as a long, narrow blade during endoscopic / laparoscopic surgery.

The main problem was getting proper sterilization in the area of the weld (where the razor blade and shank over-lapped). There was also a lot of concern about the strength of the weld and possible catastrophic failure during use due to an inferior weld.

Applications engineers from Cadence worked concurrently with design engineers from the OEM in a rapid prototyping environment to eliminate the "assembly" and generate a very simple, one-piece solution. This one-piece solution was made possible by using 301 stainless steel in a full hard condition and generating a razor sharp edge on the end of this material using our proprietary CNC sharpening technology.

Results for the OEM were dramatic! The problems associated with the sterilization of the weld area were totally eliminated along with any concern for weld failure. The complexity of the device was also simplified by replacing a two-piece assembly (joined by welding) with a simple one piece solution.

What are you looking for?